Lawford Kidd's injury solicitors' blog designed to cover all areas of the law relating to accident compensation claims, injury claims and no win no fee in Scotland.

An Edinburgh based pharmaceutical company has recently appeared in Edinburgh Sheriff Court, where it pled guilty to failing to ensure the health and safety of an employee who was crushed by a reversing lorry.

The incident occurred in September 2011, at the company’s premises on Wheatfield Road in Edinburgh. The employee in question was attempting to signal a reversing lorry into a loading bay. The driver did not see him as he was focused on another individual who was signalling the lorry in, and as a result the unseen employee was crushed between the lorry and the loading bay wall.

He was found to have suffered severe crush injuries to his head, face, and chest, but fortunately has since made a full recovery. 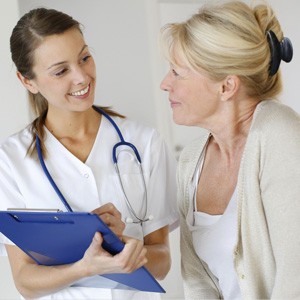 Lawford Kidd are delighted to report that we have been successful in securing compensation for an employee injured in a fall at work. The pursuer, our client, was employed by Advanced Stairlifts and was tasked with measuring the dimensions of a client's stairwell. Our client was given unsuitable equipment. She had to overextend to use the equipment properly and, as a result she slipped and fell on to the next step, injuring herself. She sued her former employers and we succeeded in recovering compensation for her.

Our client was awarded £2500 compensation. Read the full case here. If you have been injured in a slip or fall at work or a fall from height, we can help you claim 100% compensation for your injuries. We make sure you keep every penny of the compensation because we recover our costs from the other side. If, as in this case, the other side is your employer, don't worry - their insurance provider pays so your job isn't at risk. Contact us today for more information.

Is Driving Part of Your Job? Occupational Road Accidents Remain a Problem in the UK

The number of road deaths and serious injuries involving at-work drivers and riders in the United Kingdom shows that improving occupational road safety should be priority.

These were the findings of a recently compiled strategic review into the management of occupational road risk, which was undertaken by the Transport Research Laboratory (TRL) together with the Centre for Transport Studies at University College London (UCL).

The review, commissioned by the Royal Society for the Prevention of Accidents (RoSPA), aims to help employers prepare their staff for the risks on the road, but also to educate the public on the risks that at-work drivers pose to other road users.

Government plans to deregulate areas of health and safety, have been criticised by Members of the House of Lords.

As explained in our blog from last week – “Certain Self-Employed Persons to Become Exempt from Health & Safety Law?” - under current UK Government plans, all self-employed workers, with the exception of those undertaking ‘prescribed activities’, will become exempt from health and safety law.

The ‘prescribed activities’ are those thought to be high hazard or high risk, and includes agriculture and construction sectors.

Under current Health and Safety Executive (HSE) proposals, self-employed people in the United Kindgom (UK), whose work activities pose no potential risk of harm to others, are to become exempt from Section 3(2) of the Health and Safety at Work etc. Act 1974 (HSWA).

Self-employed persons undertaking activities on a prescribed list however, will continue to have duties under health and safety law.

The prescribed activities listed by the HSE are those:

Get 100% compensation! Start your claim here

Get 100% of the compensation you deserve

Or you can start your claim using our online claim form

* Unlike many personal injury lawyers in Scotland, we provide you with 100% of the compensation awarded with no ‘success fee’. What our firm offers is better than no win no fee as that implies if you do win then you do pay a fee; however with our firm you receive 100% of your compensation.