A Step Too Far? A Personal Injury Lawyer's Perspective on the Gill Review

From a personal injury practitioner’s perspective there are serious questions whether two major proposals in the Gill Review would improve access to justice.

The Cabinet Secretary for Justice welcomed Lord Gill’s report in the Scottish Parliament by describing it as “hard hitting” and “the first system wide review in modern times”. The writer concurs in his appreciation of the work carried out by the review team; but questions whether two major proposals would improve access to justice. 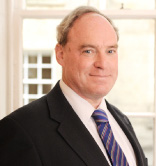 First, that “the existing shrieval complement would be reduced by around half the current number of permanent posts... there will be a substantial reduction in the number of Senators” (chapter 4, paras 213 and 215). Secondly, that the privative jurisdiction of the sheriff court be increased to £150,000.

The target of the report’s reforms is to “make Scotland an attractive forum for the resolution of disputes by providing high-quality judicial decisions at every level” (Introduction). There was a desire expressed that the international reputation of Scotland’s legal system should be retained.

The report makes it clear that its approach is to follow that of Dame Hazel Genn in her recent Hamlyn Lectures, “Judging Civil Justice”. What Dame Genn in fact stressed in relation to English law and courts is that “appointing judges of the highest calibre and ensuring that candidates of the highest calibre put themselves forward for consideration is critical. This is about securing the quality of the judiciary for the future” (p 146).

The current level of judicial decision making certainly will not withstand the impact of a 50% reduction in the number of sheriffs and substantial reduction in senators. The Lord President, in his address at the opening of the legal year on 18 September 2009, commented: “the amount of commercial business attracted to the court continues to increase – surely a sign of the quality of treatment and disposal by the dedicated judges there”. If Court of Session commercial work is a success, where does this leave personal injury work?

The report makes it clear that “practitioners on both sides point to economies and efficiencies of scale that accrue through centralising all but the lowest value personal injury litigation in the Court of Session” (para 4.153). In relation to civil justice it can be seen that currently there are successes in the Court of Session. The report however identifies that “one of the key areas for reform in the civil justice system is the sheriff court” (Introduction).

It proposes that the privative jurisdiction of the sheriff court would increase to £150,000. There would be strict sanctions in expenses for non-compliance.

The result of this increase would be twofold. First, a massive reduction in the Court of Session workload. Secondly there would be increased pressure on the sheriff court dealing with the additional personal injury workload, civil jury trials (in Edinburgh Sheriff Court), and ordinary and commercial cases at a higher level. One cannot identify how there will be an improvement in access to justice where the sheriff court, already identified as a major problem, is subject to an increased caseload at a higher value, requiring specialist judges and with half the existing shrieval complement.

In relation to the Court of Session, the writer’s figures indicate that existing business would shrink to around a fifth of the current volume of cases. The report estimates a reduction of 64% of actions commenced in the general department. It is hard to see how any meaningful supreme court could function with the modest caseload remaining in the court.

The Chapter 43 procedure will not be replicated in the sheriff court. It depends on a tripartite relationship involving Chapter 43, the Court of Session administration and judiciary, and the ability to involve counsel. The report confirms that litigation costs in Scotland are around half those of England. Insurers are not suffering excessive costs in Scotland. The current annual Court of Session personal injury caseload is around 2,425. The bulk of these cases will be transferred to Edinburgh Sheriff Court, in which 232 PI actions were raised in 2008. Clearly the court will be unable to cope with this additional caseload and presumably these cases will be transferred back to use the unoccupied “estate” in the Court of Session (with a smaller contribution from court dues, which are less in the sheriff court). Whether this would be of any administrative cost saving benefit is doubtful, and even more questionable is whether it is an appropriate use of a court which is currently subject to redevelopment at an estimated cost of £63,000,000 (freedom of information response from Scottish Court Service, 18 November 2009).

A fuller version of this article can be found at www.journalonline.co.uk/extras

More posts from author
Thursday, 30 January 2020 How to make a personal injury claim against a company in liquidation, insolvent or closed down
Friday, 24 May 2019 'Double injustice' as children in poorest areas are 3 times more likely to be injured in road traffic accident
Thursday, 31 January 2019 Retail company fined £450,000 for young girls' injury that was "foreseeable and avoidable"

Action on compensation claims for slips and trips

By accepting you will be accessing a service provided by a third-party external to https://www.lawfordclaims.com/

Get 100% compensation! Start your claim here

Get 100% of the compensation you deserve

Or you can start your claim using our online claim form

* Unlike many personal injury lawyers in Scotland, we provide you with 100% of the compensation awarded with no ‘success fee’.