Lawford Kidd recently helped out Akshay Phale who suffered from a workplace accident in Scotland. Read Akshay's story below or watch the video.

My name is Akshay Phale and I live in Edinburgh.

I had an accident in June 2012. I was working for a process company called Farnbeck Limited. At the time of the accident I was working as process worker and I was working with a machine known as four head spreader. The machine coats a cloth sheet with rubber in the main part of the machine which is then subjected to a sheet steam process. The sheet exits onto a roller ready to be moved onto a moving spindle. Prior to this, a leader cloth is applied to the moving spindle to assist in the rolling of a sheet. The sheet is then rolled onto the spindle. I had to try and straighten the leader cloth at one end of the roller. This was in accordance with the normal practice of other employees at the defender’s place of business. The leader cloth and wound awkwardly and turned through 360 degree. I had to try and straighten this and as I attempted to do this my right arm became caught and it was dragged inside the leader cloth and up against the spindle which was turning.The spindle caught my arm and turned it over and broke it in several different places. My broken arm was dragged further into the turning spindle. I was unable to reach the emergency stop button which was 8 feet away from me. Subsequent to the accident it was investigated by the Health & Safety Executive and changes were made to the machine to prevent employees having access to moving parts of the machinery.

After the accident I was taken to Edinburgh Royal Infirmary where I was found to have sustained a de-gloving injury together with compound fractures of the radius and ulna. I was also found to have a poor vascular supply and paralysis in my hand. Initial treatment consisted of a vein transplant from my right thigh and fixation of the fracture. I underwent further surgery to attempt to save my arm.This was unsuccessful because of failed re-vascularisation. Subsequent to that my arm required to be amputated immediately below the elbow and this was done at Edinburgh Royal Infirmary in June 2012. Thereafter I was an in-patient in the hospital for a period of 24 days and had 11 further surgical operations involving skin grafting from my back and thigh onto the arm. I had to have further revisional surgery to my arm stump.

About a month after my accident I was put in touch with an accredited Specialist Personal Injury Solicitor at Lawford Kidd. My employer was concerned about what had happened to me and asked his firm’s Insurance Company’s Loss Adjusters to see if they could find a Solicitor that would look after my interest. The Loss Adjuster was aware that Lawford Kidd operated a 100% compensation practice and did not deduct damages from injured parties as other Solicitors do and as all claims companies do.

The solicitor telephoned me immediately upon receipt of this approach from the Loss Adjuster and arranged to come and meet me at the place where my accident had occurred within 24 hours of contact. He came to meet with me and my employer at the place where my accident occurred. He met with the employer first and subsequently he met with me alone and together with the employer. Subsequent to that the employer allowed the solicitor to look at the machinery involved in the accident in the presence of the employer and myself. My solicitor was able to see the process working and could identify the moving parts of the machinery were unguarded.

I note from my solicitor after the event that he noted that the machinery had been manufactured in 1905 and was very old and that he was surprised to see such machinery in such an unguarded state.

My solicitor told me that he was willing to take my case on, on the basis that I would keep 100% of the compensation and there would be no charge to me by him for taking my claim on.

I decided to instruct my solicitor at that initial meeting and we then both went for a hamburger and a cup of tea at a Café in Leith just off Junction Street. At that point I was only about a month from the accident occurring and I had a raw stump with the bone protruding out through the flesh. I was in a great deal of pain and was taking a great deal of pain killers and was also psychologically distraught.

Degloving Claim - How the Litigation Proceeded

Subsequent to that the insurers were unwilling to enter into agreed scheme about how the case would be dealt with in terms of how medical evidence would be assessed and who made decisions about prosthesis and what costs could be recovered without going to Court and in those circumstances my lawyer required to litigate my case in order to protect my interests.

During the litigation, my lawyer had me assessed by a Consultant Prosthetists particular at Dorset Orthopaedic, a company based in the South of England. They specialise in prosthesis for in particular legs and arms.   It became apparent that the National Health Service would not provide a myo-electric prosthetic arm and hand because the National Health Service was physically unable to afford such a provision. All they could provide was a body powered prosthesis with a very primitive opening and closing hand. My lawyer was aware that there cutting edge prosthesis available on the market in the UK both from the German company Otto Bock who produced a myo-electric arm called the Michelangelo. He was also aware of a British company based in Scotland who manufactured a bebionic myo-electric arm. A report was obtained from a Scottish Prosthetist who advised that the best arm available on the market technically but also the most expensive was the Michelangelo arm manufactured by the German Company Otto Bock. It was regarded as being technically superior and kinetically superior to the bebionic and also to another myo-electric arm known as the i-limb.

Subsequent to that, my lawyer arranged to have me assessed by Dorset Orthopaedic in the south of England, who having undertaken a physical assessment indicated that because of the complex nature of my stump a Michelangelo arm might work but would need to be fitted in the first instance to see if it would. There was no guarantee that it would although it was thought likely that it would.

Following that, my lawyer persuaded the defenders and their agents that they would require to make an interim payment of £100,000 and after negotiation the defenders agreed, in the face of a threat for a motion for interim damages from the Court.

The £100,000 interim payment was used to finance the fitting and purchase of a Michelangelo arm notwithstanding the risk that it might not work.

Subsequent to the fitting it was established that it did work and I was actually a very adept user. I was assessed for the fitting of the arm in December 2013 and thereafter went down to Dorset from the period February through to August 2014 for a further fitting and training of use of the Michelangelo arm by the Dorset team. In August 2014 I was signed off as being able to use the Michelangelo arm appropriately.

Throughout this period my solicitor was running my Court case at the Court of Session in Edinburgh. An eight day Diet of Proof (hearing) was fixed for 24 June 2015 and he and his legal team, on my behalf, were working towards that date.

They had to obtain reports both from the Scottish Prosthetist and also from the Prosthetist working for Dorset Orthopaedic. They also had to obtain reports from a Consultant Orthopaedic, Plastic Surgeon and Clinical Psychologist. They had to obtain a report from Specialists in the provision of assistive technology. They also had to help liaise with the Astley Ainslie Hospital and the Smart Centre there which deals with prosthesis fitting on the NHS and in relation to the assistance of disablement driving lessons.

Meeting took place between my lawyer and his legal team including senior and junior Counsel who met with the Prosthetists who were providing me with the arm from Dorset Orthopaedic. He facilitated using the interim damages, the purchase of the arm and its subsequent fitment.

I was advised earlier that this prosthesis was not available on the NHS because it was too expensive so my lawyer, in addition to acting as my Solicitor, had to effectively become active in the provision of medical and health support for me. He also engaged with the insurers’ rehabilitation arm in respect of the provision of psychological and physical help and assistance.

A meeting was arranged at the end of January 2015 some 5 months in advance of the Diet of Proof when parties from both my legal team and the defenders’ legal team were available. Following several hours of negotiation a significant settlement was reached on my part which I gave instructions to accept. I was content with the significant amount of compensation that I had been awarded.

I was able to rely on my Solicitor, who, throughout the process spent many hours on the telephone with me and on my behalf arranging assistance for me.

Get Legal Advice for your Workplace Accident Claim - Edinburgh, Glasgow & Across Scotland

100% compensation:
Claim and Receive 100% Compensation for your injury. 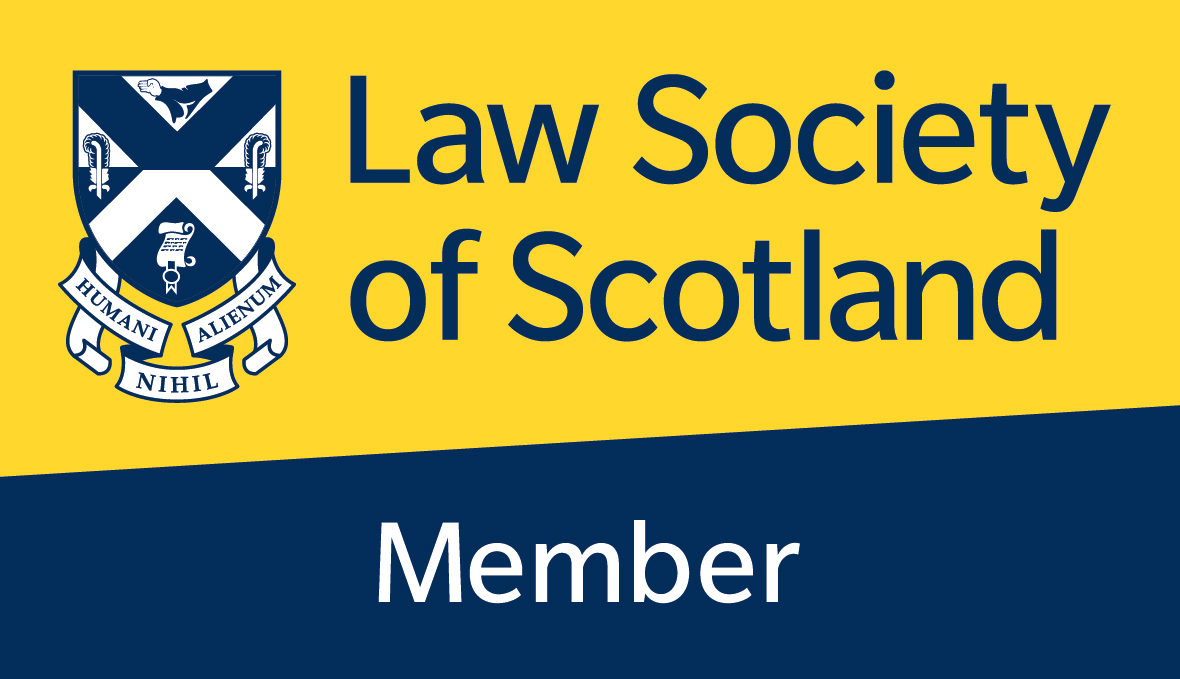 Experts in personal injury, accident claims, no win no fee, and injury claims with 100% compensation received in Edinburgh, Glasgow, Inverness, Aberdeen, Fife, throughout the Highlands and across Scotland.

Legal Website Design by Moore Legal Technology. *Mobile number is covered under your inclusive minutes. If not under a contract, charged at local rate.